Culminating at over 2400m., Susanfe pass offers fantastic views over the neighbouring Dents-du-Midi Massif. It’s the starting point for the climb to Haute Cime (the highest peak of the Dents-du-Midi).

From Salanfe dam, follow the edge of the lake along the left bank. About 2/3 of the way along, the track leaves the road on the edge of the lake and goes up on the right, to a plateau known as Lanvouisset. From there, the trail climbs towards the pass, winding up a spectacular rock face where a handhold has been installed for greater safety (please note that snow tends to remains here for a relatively long time and is often present at the beginning of the season; check at the Innfor further information). The trail then heads across the slopes of rubble leading up to the rises of the pass. 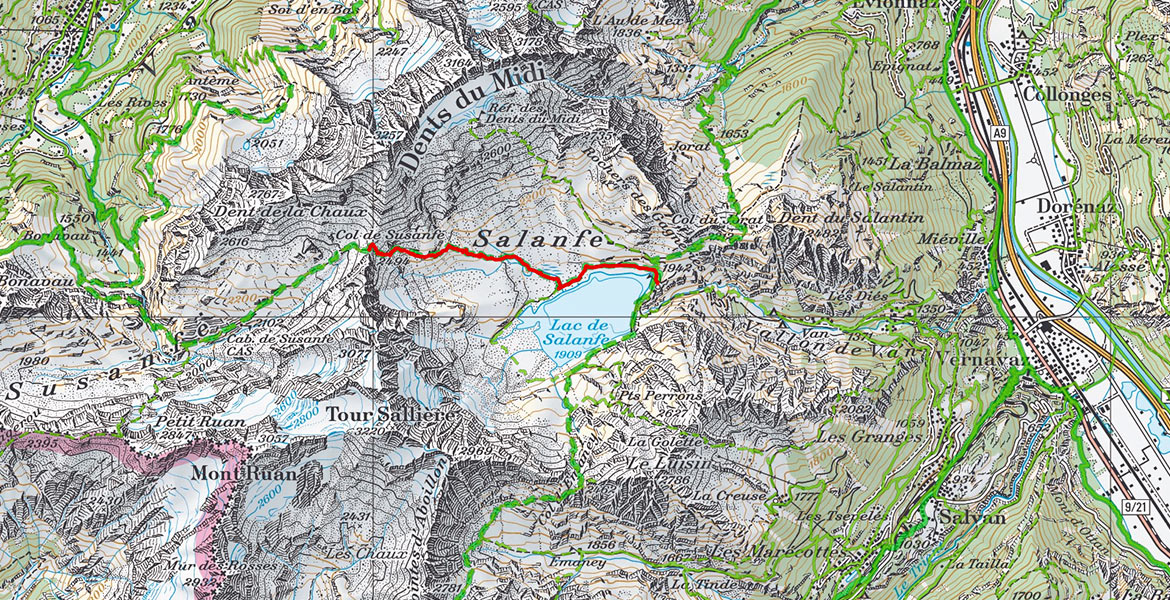